Ever wonder the key to winning as an entrepreneur, business owner, or leader? Making adjustments as the game unfolds and being okay with outcomes (failures). Truth is, many of us are hardwired in our thinking to just perform a certain task repeatedly and get paid. We're not wired for outcomes. That is until we shift our mindset. On the Trading & Ascension Podcast with host Jason E., Darrell Evans tells more.

Hello, hello, this is Jason E. Welcome to the Trading & Ascension Podcast, the show for those wanting to ascend in trading, and topics related to the personal and spiritual development we embrace on the path towards consistent profitability. This podcast provides direct source energy and thought-provoking concepts with action steps to help us ascend as professional traders, and as humans.

Today we have a special guest on the show. We'll be talking with Darrell Evans from the MindShift Business Academy. Darrell Evans is a serial entrepreneur, investor, and co-founder of Yokel Local Internet Marketing. He and his team have helped entrepreneurs and companies generate over $300 million in revenue online since 2001. Darrell resides in Las Vegas, Nevada, and the MindShift Business Academy, which you can find on Facebook also in podcast form, has a mission to help entrepreneurs shift their minds, so they can shift their results and build the business and the lifestyle they desire in order to leave a legacy for the next generation.

Jason, thanks so much for having me. I'm looking forward to our conversation today and sharing some thoughts with your audience.

I'm excited about it as well. So, you have a lot of earned accolades--is there anything important that I may have missed in your intro?

You know, I think intros are the thing that is toughest for me because I'm super humble and I'm super behind the scenes. But, I think you've covered it all. I mean, there's a lot to everyone's story at the end of the day, and trying to pull out a few nuggets to introduce yourself, it's tough, but we'll uncover some of the other details as we talk about them.

Awesome. And that's a good place to start because it's easy to look at successful people and make excuses for ourselves, and we may say they're lucky. It's old money. So let's start with having you highlight your path, where you are today versus, you know when you started on this entrepreneur path. And if I recall correctly, you didn't get that $100 million inheritance in that royal family estate, right?

From Fry Cook to General Manager

That is correct. Jason, you know, fortunately for all of the success that has, to your point earlier, been earned, I started from every bit of a humble beginning. Like many people I know, in high school, the first job I had was a paper route. It put some dollars in my pocket, and then my first real job was at a grocery store as a courtesy clerk.

I was an athlete though, so I parted ways with both of those jobs and eventually landed at Taco Bell as a fry cook in a polyester suit in Vegas. And that's where it began. That's where it began. I mean, I just did my job well. I was taught to do things well the first time. And I did that in sports. I did it at Taco Bell. And I ended up going from a fry cook to becoming the general manager for Taco Bell, while I was in college.

As a general manager, I'm doing a million dollars in revenue there with that company. Understanding the P&L, customer service, team management, team training, ordering inventory, and everything you can think of that goes on inside a restaurant, and I'm 20 years old at this point. So I got some early on business and leadership experience.

From the Dream of Wall Street to the Seed of Entrepreneurism

My entrepreneurial journey started around that same time. I started a business out of the trunk of my car out at the swap meet here in Vegas. The bug was there, and the bug had been there for a few years. I used to find myself going to the grocery store and navigating to the magazine rack. I'd be looking at Forbes Magazine, Entrepreneur Magazine, any business opportunity magazine. And that just was in my brain somewhere.

I started college as an electrical engineering major. Not sure why I chose that other than the fact that I used to love walkie-talkies and radios, and stuff like that. And it was not until shortly before I graduated from college in '96 when I ended up changing my major and getting a degree in finance. I really wanted to go work on Wall Street. As a trader, quite honestly. But I had a child early. At 22 I had my first son, and then our second son at 28. So, going to Wall Street just didn't seem practical.

"So I dive into the world of entrepreneurship and sales. But my journey was never funded--meaning no funding, no venture capital, all bootstrapped companies. So when people say, "Hey, he built six companies," let's be clear, Jason, all those companies didn't do well."
Darrell Evans

And that truly is where the Mind Shift Method, which I'll talk about today, was birthed. Looking back some twenty-something years later, I can see that moment was the beginning. And today I'll talk about how it applies to your audience.

The Defining Moment for the MindShift Method

I had a fair share of failures, along the way--which I considered a chance to learn something. And when I think back, I think about my early twenties, and my young boys and I recognize a defining moment in all of our lives.

Their mother and I split, and she moved to another state about 1,000 miles away from where I live. So, I had to make the adjustment, not as an entrepreneur, but as a father, and I had to figure out how I was going to stay relevant, as a father figure from a distance. That was a challenge in and of itself. A lot of life lessons. A lot of decisions.

"And that truly is where the Mind Shift Method, which I'll talk about today, was birthed. Looking back some twenty-something years, I can see that moment was the beginning. And today I'll talk about how it applies to your audience."
Darrell Evans

Listen to the rest of the interview and how by shifting your mind, you can shift your results both in business and in life. 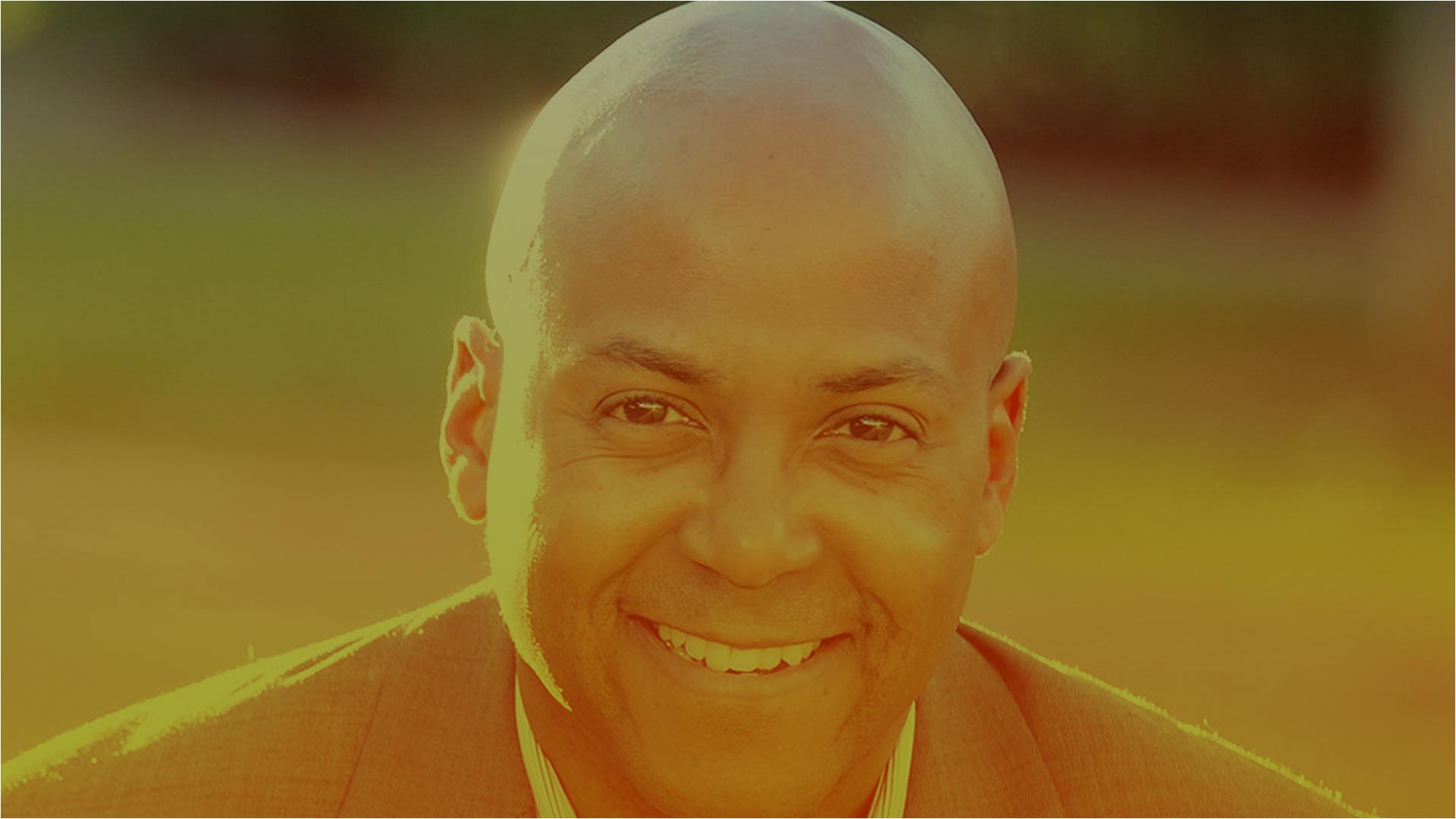 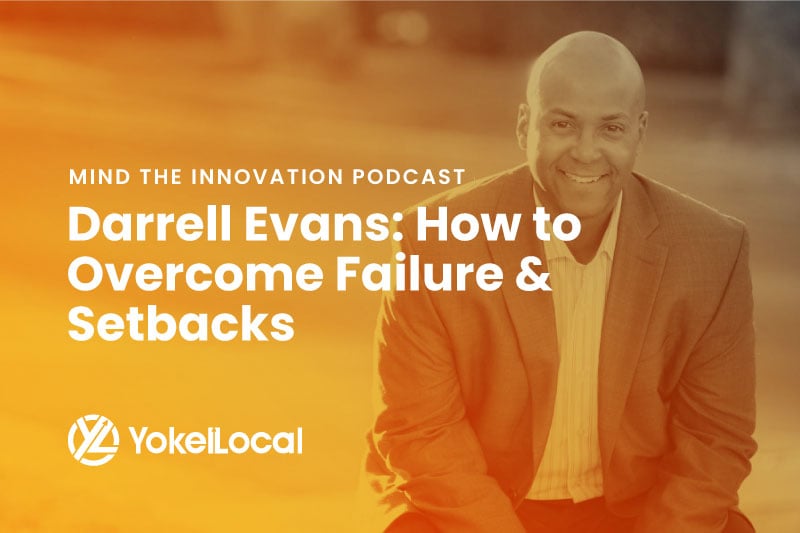 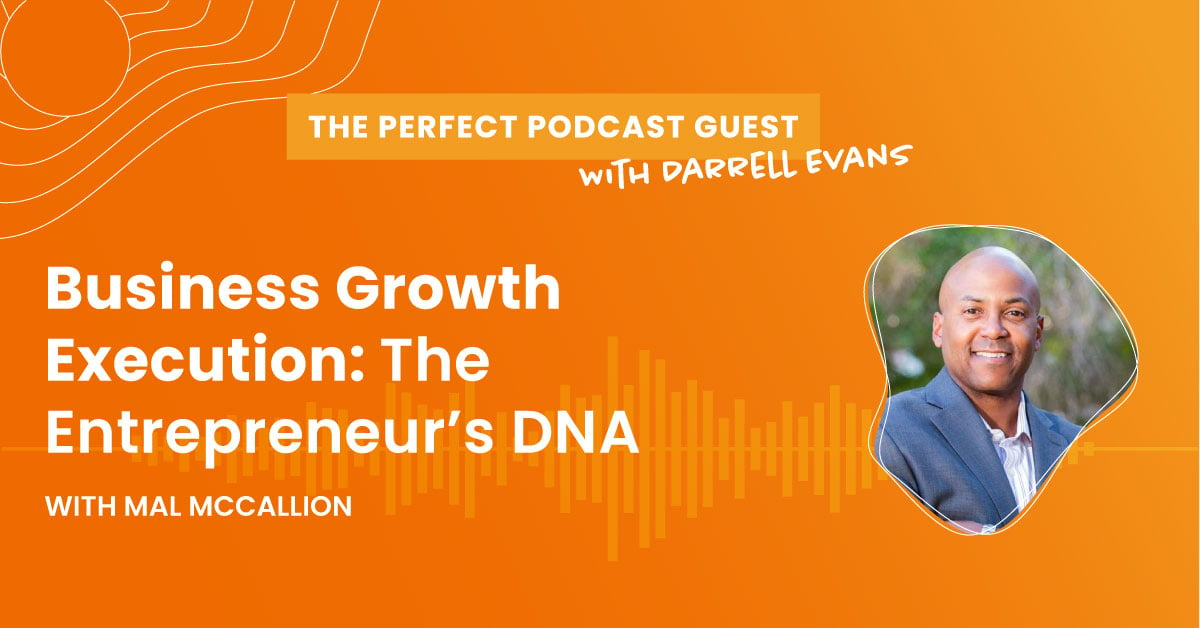